Home > Experiences > 5 signs he’s the one for you 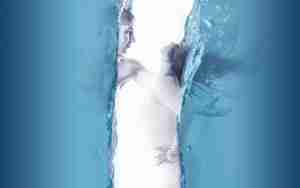 Is he the one for you? Well, this won’t be a baffling question anymore. You started as friends and landed up in long term commitment. There are certain attributes a man displays when he’s completely smitten, that may or may not be acknowledged by his lady. “Men are all alike”, Keep yourself away from this unhealthy belief before the right one slips from your grasp. Love is actually a fairy tale if you meet the right guy. Marriage is a big deal so choose your love carefully.  You can vouch for his commitment if you notice the following signs. Every woman deserves to be treated like a queen.It takes a real king to display these qualities

He retrieves your faith in true love – You’ve been in two minds whether love is actually the way you always fantasized. You’ve heard about it, read about it and you now end up feeling it. People find you crazy when you elaborate your experiences. His definition of love isn’t different from yours. Whenever you’re with him, It feels like you’re living your dream. Your eyes get locked every time you see one another, you feel butterflies in your stomach whenever he touches you, you listen to your favorite songs thinking about him, you find peace, even if you’re quiet together, and you feel that special love even when you miss him.

He thinks of every possible way to make you feel special– Nobody likes the feeling of being unwanted no matter if it’s as simple as getting a rose, sending a song, writing a special message, sending a quote or putting a status on a social media. He will surely take care of your small expectations. And guess what sooner or later, you feel like doing the same for him, not with the intention of paying tribute or something, just because he’s simply the most special person in your life too.The special feeling won’t fade away with time and you will believe that when even after years, your heart skips a beat when he’s stealing glances at you.

He’s emotionally supportive– Life is always not a bed of roses ,  there are times when you feel hopeless and downhearted.He’s the first person offering his shoulder to you. No conversation is a challenge with him. The word busy is a load of crap often used to cover up to ignorance. If he wants to devote his time, he’ll surely make himself available to you.He’ll never cause you uneasiness and dejection by leaving you alone during your hardships.Even when you’re flooded with anger he won’t lash into you when you sound unreasonable, he will rather wait for you to simmer down to settle things up.

His commendable persistence– So far so good is a dream when it comes to a relationship. The only thing that binds two people together is their persistence.No matter how serious a quarrel gets , he will not lose confidence in you .It’s all triumph in the end if you have faith .Forever is not just a word,it’s rather a true reflection of love.Men give up easily if they are rather casual about relationship.In true love, it’s all bark and no bite because the value of loyalty never dies.

Willingness  to change-. It won’t be too much of an imposition if you ask him to curtail his certain habits or develop some good ones.He’s not fixed in his ways and is  willing to evolve and grow as a person.Relationship is a two way street, it’s a team work for you two. A relationship is satisfactory when both the partners tend to elevate each other instead of feeling competitive with each other.