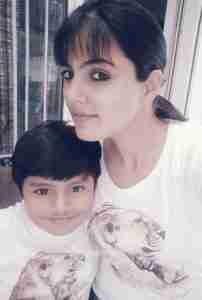 I left my professional job after I had my son. It wasn’t any blue-chip job either that I would have had this leave-no-stone-unturned approach to manage motherhood parallelly. Thankfully, there wasn’t any financial compulsions too. But yes, I had to leave exactly when in the 6-year long span of my career I had real good growth prospects. I had no hesitation to admit that it was my instability and aimlessness that took so many years to generate not result, only prospects.

Anyways! When you are a new mum, you don’t really analyse your bygone professional journey. You read motherhood blogs, consult child-rearing books and talk to other fellow mothers about children apart from being alive. That is it! I too took the baton further.

Somehow a couple of years back, I happened to think of my own blog and got it created by investing my kitty money into it. There were two aims behind it. One, to continue self-betterment despite not really being into the field. Two, to utilise all the time a mother gets back when her child starts formal schooling that she never had till he is a toddler or a pre-schooler.

Yes, I have blog of my own but I still hesitate to call myself a blogger or a writer since I think there’s still a long way to go before I start addressing myself as one. However, today was different. Today, I did call myself a blogger, a writer with confidence without really calculating how many more years before my skills are polished enough to fit the bill.

It was when my son asked me something like this when I was driving my way up to my parents’ place and he was sitting in the front passenger seat, of course with seat belt on.

“Mom, you know papa is an ‘officer,’ (since he doesn’t understand the professional title of his father but he does have an idea that it is something worth qualifying of being called an ‘officer’) Ritvik’s dad is an army officer, her mother is a teacher. Aap bade ho ke kuch nai bane?” What else do you expect from a person riding ‘shotgun?’ Jokes apart, he asked with a sort of complaint in his voice and a hope in his eyes that he might just listen what he wanted to, what he never knew before.

I was speechless! It took me around a minute to recall that I am a blogger and another to explain to him as to what a blogger does. Of course, my saying ‘I am fighter jet pilot’ would have sparkled his eyes and brought a broad smile on his lips but if not that ‘I am a blogger’ at least earned me a satisfied look. Phew!!

I am sure when he is a little older than six, he’ll realise a mom is never a mom ONLY. She’s the backbone of the entire family and reason for their happiness but having an extra title sometimes comes to your rescue.