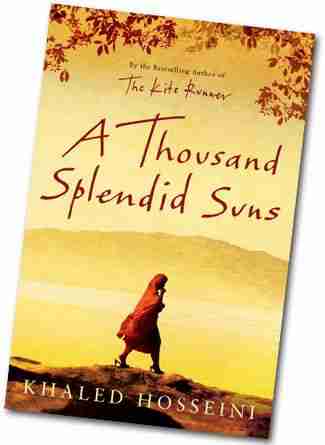 In the postscript of the book in question, Khaled Hosseini says in the end, “I hope that I will engage you, that I will transport you and that the novel will move you and leave you with some sense of compassion and empathy for Afghan women whose suffering has been matched by very few groups in recent world history.”

The story has two women protagonists: one a ‘harami’ (illegitimate) and another an orphan but what turns out to be the reason of their plight is the social and political set up of the part of the world they live in. Fate has been unfair to Mariam since her birth. She’s born illegitimate who waits for her father’s love. But she stops waiting for it the day her father gets her, who’s all 15, married to an aged widower. Laila, on the other hand, is loved and educated by her father and has a suitable love interest. Just when Laila felt like screaming with happiness, her house is bombed with herself, her mother and her father being its occupants at the time of bombing. There’s just one common thread between the two and that’s destiny. But there’s more to the roles of fate and unpredictability in the lives of Mariam and Laila.

The plot is set at a time when Afghanistan had to face Russian invasion, factional war, anarchy and extremism all at the same time. Women were the worst affected at such a time, just like at any given time in history when there had ever been a state of turmoil.

Being at the place and time that I am – my country has a stable and democratically elected government, I can pursue my dreams, follow my heart, watch T.V., read books, surf net, reflect, write opinions, have human rights and network and I always have love and support of family – I can completely understand and imagine how life will be without all these things. Though, I would rather not call it a life then. And I feel emotionally connected and socially concerned about Mariam and Laila.

A riveting story. The author has a deep understanding of human emotions and the impact of the social, cultural and political conditions of a country on its population, especially the women folk.