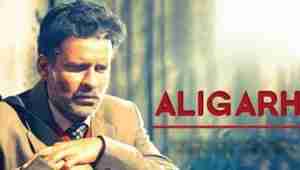 I developed a kind of personal connect with the subject of the last two movies I saw – Airlift and Neerja. However, I can’t say the same thing about the movie in question, Aligarh. Homosexuality, the subject of the movie Aligarh, is something that might still make a vast majority uncomfortable. I, too, am amongst that majority in the sense that I don’t understand the emotions or drive behind it. However, I am strongly in favour of its decriminalisation as the High Court of Delhi ruled on 2 July 2009. Because I think homosexuality might makes a person a bit different from you but it certainly does not make him a criminal.

Srinivas Ramchandra Siras on whose life the film is based was a Marathi professor who taught Marathi language at the Aligarh Muslim University (AMU). In his personal life, he was a gay, lonely man. The film not only talks of the homosexuality of Siras, it also talks of other reasons of his being expelled from AMU after all the years he gave to the institutions.

Siras had got married but his marriage couldn’t sustain and remained bachelor till the end, which is why he got alienated all the more from the mainstream. Because bachelorhood after a certain age is seen as a threat to our value system in our society. You get a sense of it through the dialogues of Siras (Manoj Bajpai) in the movie on a couple of occasions. When journalist Deepu Sebastian (Rajkumar Rao) asks Siras why he thought a sting operation was carried out in his bedroom, he replies that many in the AMU were jealous of him because he was considered an outsider since he taught Marathi to a majorly Urdu speaking lot. He was made the head of the department of Modern Indian Languages, which was not liked by many professors. Consequently, he was spied upon and suspended from the university.

Deepu was one journalist who unlike the other media, which only covered the video tape of the professor, his homosexuality, moral misconduct, questioned the basics – why and how could anyone peep inside a person’s bedroom and whether or not it was encroachment of a person’s human right of Right to privacy?

It’s only after Deepu blew the whistle that the case was taken up Anand Grover, a senior lawyer who is famous for his legal activism in Indian law relating to homosexuality and HIV.

Since the movie is based on a well-known incident, there’s not much to look forward to the story and plot. So the responsibility on performers becomes all the more and they have been more than successful in carrying it out. Subtlety and finesse ruled.  Be it Manoj Bajpai, Rajkumar Rao or Ashish Vidyarthi.

It is through the meticulous direction of Hansal Mehta and masterful performance of Manoj Bajpai that you’ll able to see Siras beyond his sexual inclination. He was a simple and gentle person who had two companions – music and books. It’ll be a delight to see Bajpai immersing in the melody of Lata Mangeshkar’s famous song ‘Aap ki Nazron ne Samjha…’ totally convincing the audience how the songs were the only company of the otherwise only inhabitant of the house. Very fine moments are captured and executed dexterously such as Bajpai dozing off while travelling in a bus or in the courtroom while proceedings are taking place.

Rajkumar Rao’s character of Deepu Sebastian brings positivity on the screen. He represents the responsible and non-biased lot of journalists. That regional flavour South India in his accent comes as comfortably as came the Rajasthani flavour in the movie ‘City Lights.’

Ashish Vidyarthi, being a seasoned actor played the role of senior lawyer Anand Grover with elegance and professionalism.

What the film lacks?

One angle of Siras’ life still remains to be talked about and that is his relationship with his students. There could have been more on what kind of a teacher he was.

The film has received wide worldwide critical acclaim and had received standing ovation at its premiere in the 20th Busan International Film Festival. But the irony is it hasn’t been released in Aligarh itself because it is feared that the film would “link the city with homosexuality.” We have still have miles to cover before we say ourselves a ‘mature’ society.