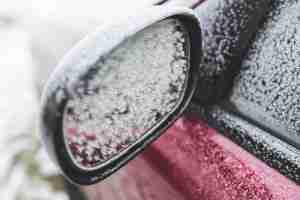 Radhika was also talking on the same subject to her friend, Neera.  Neera and Radhika had just dropped their kindergarten children to school and were on their way back home. The school is one of the top schools in the city. They were still in the passage leading to the school’s main gate.

Like many other fellow parents, Neera and Radhika too had developed friendship while dropping and picking up kids. The very first conversation they had about a year ago was about their kid’s homework and the teaching methods of their kids’ respective teachers. Thereon, they would share smiles and most of their personal talks especially the ones related to their mothers-in-law. They were amongst those punctual parents whose kids would be the earliest ones to reach the school. After all, the earlier they reached the more time they had for gossip outside the school gate. They would talk until the tardiest of parents would disappear from outside the school after seeing their kids off in the school compound.

That day the talks of Neera and Radhika were regarding kids, weather and shopping interlinked to each other. Neera said, “You know it’s so cold and windy today that I made Taani wear five woollen layers.” Radhika nodded and replied, “Me too. I also made Ridhan wear 5 woollen layers, a pair of gloves, a muffler and a cap as well. You know this time I found such cute collection of kids at the mall that I couldn’t resist buying.”  Neera exclaimed, “Really!  Which mall? And added, “Even I’ll go buy for Taani. But you know Radhika, I thought this year the weather is not going to be as cold as it was last year and I lamented not being able to take out my long coats and leather jackets out. But thank God, temperatures dipped.” To which Radhika replied, “Same yaar. In fact, last to last month I had shopped for so many new jackets online as they were available on attractive, discounted prices. I was literally praying that the temperatures dip further so I am able to flaunt my new steals.” Both of them giggled at it and with smiles on their faces took leave of one another and moved towards their cars.

Radhika started the car and about to put the car in gear. Suddenly, her eyes set on two toddlers from the slum dwellings, which were there on that side of the road. The kids were no more than 1.5 years of age and were happily roaming around here and there with no adult supervision. Their upper body was scantily covered with dirty, worn sweaters with some holes here and there, which was still a better scene because their legs were naked.

Radhika kept looking for a minute and then drove away. The blower of her car was on but she still had goose bumps.