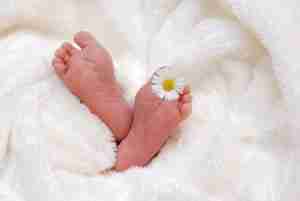 School students have a lot questions and ideas going on in their minds as the teacher teaches. Whereas some students confidently put forth their concerns, many students shy away from asking it fearing that the question might be deemed worthless by some. Nevertheless, children are always encouraged to ask questions and share their concerns because asking shows their curiosity and what could I say about curiosity better than what Albert Einstein had said:
“The important thing is to not stop questioning. Curiosity has its own reason for existence. One cannot help but be in awe when he contemplates the mysteries of eternity, of life, of the marvellous structure of reality. It is enough if one tries merely to comprehend a little of this mystery each day.”

However, there are some kids whose questions do not need a rocket scientist to answer. Their questions can very well be answered with the help of common sense. Similarly, we don’t need to be an expert of some kind to understand the implications of some proposals.

Recently, the Union women and child development minister Maneka Gandhi shared a sui generis idea of institutionalising sex determination of the foetus, which is currently banned. Whereas, the ruling government’s scheme like ‘Beti bachao, Bet padhao’ was welcomed by all, this proposal of the Union minister drew instant criticism and left people baffled.

It’s not that Mrs. Gandhi wanted to create a stir or anything. She had her own logic behind it. She said, “This will ensure institutional deliveries and virtually abolish the practice of home deliveries in certain areas of the country. Home deliveries pose a threat to a newborn as their might be an attempt on its life.”

Home delivery or home birth was the de facto method of delivery until the advent of modern medicine. Still, in many developed countries including US and UK, many women opt for home births. They go for it despite the availability of world class medical care because they seek familiar surroundings to deliver a baby. Whereas, in developing countries like India, many women go for home birth because that is only option left for them owing to lack of funds, resources or education. But in both the cases, home births can be threat to a new born due to non-clinical setting, lack of hygiene or medical care and not because of gender of the foetus.

The cause of female foeticide in our country is not home births or lack of medical aid. Rather it’s something that has to do with the psyche of people who do it and their deep-rooted faith in the supremacy of men for which institutionalisation of sex determination doesn’t seem to be an intelligent way out. On the contrary, it’ll only lead to retrogression and take away whatever little is being hoped to achieved through the incentivizing schemes like ‘Beti Bachao, Beti Padhao,’ ‘Ladli’ and ‘Sukanya Samridhi Account’ and penalizing measures like the banning the foetal sex detection.

Mrs. Gandhi, while presenting her proposal, also expressed her concerns over the helplessness of nurses and doctors who get involved in the process under the influence of power. Well, there might be some, but for that we should have a deterrent for those who misuse their power. Exempting the medical staff from amercement would be would be like giving a legal excuse to all the ones involved, even the majority who do it for money.

Who is responsible – society, doctors or government?

There’s a section of people who believe that since female foeticide is a social evil deeply penetrated in our society, its solution also lies with the society. It cannot be dealt by government’s intervention by making sex determination a punishable offense for doctors and other parties involved. They say that because not much has been achieved with the ban as well.

However, people like Dr. Punit Bedi of Indraprastha Apollo Hospital, New Delhi differ on this. He doesn’t hesitate from saying that it’s more of an ‘organised genocide’ than a social evil. He says that it all began in our country with the introduction of Amniocentesis. According to Dr. Bedi, Amniocentesis was introduced with the purpose of population control. It was believed that some families so strongly want a male child that they produce girls as by-products and detection of the sex of the foetus will at least help keep a check on that unwanted population.

Later on, more advanced technology of Ultrasound was introduced. And nowadays, doctors do it for the sole motive of making extra bucks. He adds that before the advent of medical technology only the castes with the history of discrimination against women would opt for female foeticide but when doctors started doing it in clinics and hospitals the castes or sections of people who did not have any such history also started with the trend. For example, now, it has spread to the North Eastern states and Southern states as well.

Female foeticide is a crime in which a large section of society is involved be it families who opt for it, or doctors who do it, or government which hasn’t yet taken any strict steps to curb it. Dr. Bedi says that it is something in which all the three are gainers. Families are happy as they gain boys, doctors are happy as they gain money and government is happy from the angle of population control.

The Pre-Natal Diagnostic Techniques (Regulation and Prevention of Misuse) Act, 1994 (PNDT), is an Act of the Indian parliament enacted to stop female foeticides and check the crumbling sex ratio in the country. The act banned prenatal sex determination. The act was amended in 2003 to The Pre-Conception and Pre-Natal Diagnostic Techniques (Prohibition of Sex Selection) Act (PCPNDT Act) to improve the regulation of the technology used in sex selection. Now Mrs. Gandhi’s proposal has brought back in debate the act and its worth and need.

Some people, like Nitin Pai of the Takshashila Institute, believe that despite the act intact, we haven’t been able to check the declining sex ratio. Therefore, instead of holding the doctors guilty and putting them behind bars, we should rather leave it to the society that will sooner or later lament when it’ll not have girls to get married to their boys.

But then, going by this logic the Indian Penal Code itself is rendered meaningless. After all, we don’t need laws for a civil society that itself realises where it is going wrong. Unfortunately, no matter how idealistic we human beings talk but on a daily basis we come across hundreds of examples to prove that the most intelligent creation of God is the cruelest as well. So, we definitely need a check on that cruel side of ours.

Check, Dr. Bedi says, is the word. Female foeticide may not be completely eradicated by any law, but we can definitely keep a check on it through a strict enforcement of laws such as PCPNDT. He exemplifies the case of Korea where the problem was first recognised. In 1993, in Seoul city alone more than 200 doctors were put in jail and the licence of more than 60 were permanently cancelled. During that one year, thousands of doctors in Korea were put in jail. The sex ratio from the next year onwards came back to almost normal.

He says that doctors are a smart class of people. The woman who goes to a doctor for foetal sex detection and female foeticide might have thousands reasons to do so but that doctor who carries it out have just one motive to do so and that’s money making. He says that at present this female foeticide is a ‘high profit, low risk’ business. So much so that that some of the young doctors who do not have much experience, buy an ultrasound machine and make money out of it. And with the strict inaction of the law, foetal sex determination and extermination can became a high-risk business.

Himself being a doctor, Dr. Bedi knows the respect with which a doctor is looked upon by the society at large. According to him doctors are a rich, brahminical and privileged class who would want to stay away even from court proceedings, let alone penalising or jailing.

We might disagree with the degree of involvement of a doctor in female foeticide but we cannot ignore it altogether. After all, female foeticide can be carried out only when the gender of the foetus is known. And as of now, until and unless any other such technology arrives, only a doctor or the one with an ultrasound machine is in the capacity to tell that.

Mrs. Gandhi’s proposal seem to have done one good already. It has given the government a direction not to go in.