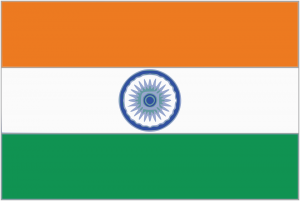 India, the world’s largest democracy, has just turned 70. In these 70 years, this democracy has changed beyond recognition from what she was in her baby years. But change in something can only be called constructive one if it doesn’t let its essence and roots wither away. Whenever needed, it’s imperative for us to consult our founding principles.

India has entered the age of nuclear power and globalisation and she has become a powerful contender in the race of being a superpower. But just like a gigantic tree derives its power from its roots, India too, in the process of progress, will always have to turn to the classic tenets like ‘satya’ ‘ahimsa’ ‘equality’ and ‘secularism.’ No matter how much we argue and debate, the fact remains that a country can continue to remain on the path of development only when it has an inclusive approach towards its people.

‘Sabka sath, sabka vikas’ will only remain a motto will not be seen happening on ground till the time we respect each other’s individuality. And individuality of a person lies in his skills, religious beliefs, thought process and his angle to look at the society.  Being so different from each other, we may or may not agree with someone, but the beauty of democracy lies in peaceful co-existence with 3Ds – disagreements, differences and diversity. If we fail to co-exist being different, we could be anything but a democracy.

Below mentioned is a speech delivered by the man called Mohandas Karamchand Gandhi who is also known as a ‘mahatma’, recognised as the father of our nation and lovingly called ‘bapu’. Due to being an advocate of equality and secularism Gandhi was shot at by Hindu nationalist Nathuram Godse and has since been assailed by the right-wing Hindu revivalists. Some of the recent happenings in various parts of our country in the name of cow protection and beef ban once again proved that his principles cannot at any given time be rendered irrelevant.