(This article is contributed by online cashback site ShopBack.in)

What do creamy mango burfi and a deluxe-sized candy bar have in common? One is a traditional sweet, fed to the bride and groom at weddings. The other is highly addictive, usually packaged in a glossy wrapper, and spat out like clockwork by impersonal machines. Despite the vastly different exterior, both contain traces of the same substance: sugar. Whether it’s the refined white crystals, or the brown, softer texture of wet sand, sugar somehow finds sneaky ways to enter our systems every single day. 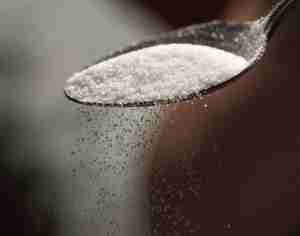 • The American Heart Association recommends that women and men scoop no more than 6 and 9 teaspoons of added sugar respectively into their mouths. The average Indian consumes up to 40% more.

Let’s leave out obvious sources such as cupcakes and soft drinks. Even if you believe you’re on a healthy diet, take note that many so-called ‘healthy’ food products are actually sugar-carrying vehicles in disguise. For example,

• Granola is a popular breakfast option, but it also packs a punch of sugar.

• Peanut butter gives you protein, so surely that looks innocent enough? But no, sugar is the second ingredient in many well-known brands.

• Even foods that are commonly categorised as savoury, such as wholegrain bread and pasta sauces, are shadowed by added sugar.

Food for thought the next time you mindlessly stir sugar into your coffee. 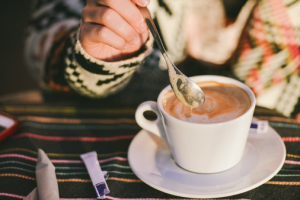 Our bodies aren’t sugar jars, so why continue treating them like so everyday? Sooner or later, we are going to painfully ram into the wall of diabetes. Along the way, sugar plays all kind of tricks on us, from head to toe.

• The harmful bacteria in our mouths thrive on sugar, speeding up the process of tooth decay.

• Sugar then proceeds to hijack the brain, releasing excessive dopamine. This is what causes us to reach for the next square of chocolate, and the next, and the next. We’re simply hooked.

• The calories that sugar pile on take the form of fat rolls on bellies, leading to obesity.

• Sugar is like a chainsaw on your skin, shredding up the collagen and carving out wrinkles.

• Alas, catastrophe doesn’t just strike on the outside. Your liver can’t be seen, but is crying for help deep within, overworked while trying to break down sugar.

What can we do to reverse the damage?

We know for sure that many varieties of processed food have added sugar. Unfortunately, the role of these foods extends to more than just nutrition, or the lack thereof. In today’s India, being able to walk into a supermarket and exit carrying bags of processed groceries symbolises not only a higher income and purchasing power, but also a more superior social status. But at what price? Is it worth the crippling diseases which manifest from the heavy addition of sugar in a Western diet?

We can obtain adequate energy from the natural sugars found in fresh food. As long as we’re mindful in our eating habits, we eliminate added sugar from our lives, or at least keep the level to a minimum. 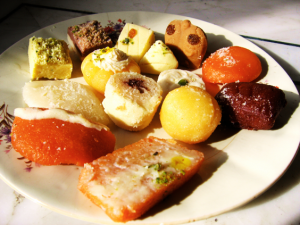 However, there’s no denying that the tapestry of Indian cuisine simply wouldn’t look as astoundingly beautiful without the embroidery of traditional sweets. Being wary of your daily intake, doesn’t mean it hurts to indulge a little on special occasions. After all, it would be a shame to celebrate a birthday without a plate of luscious halwa.