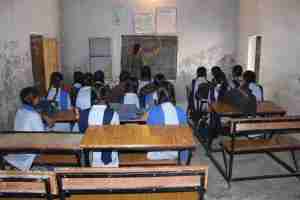 A classroom of a government school in a village in NCR

Before proceeding, ponder over a question – if a child knew he’s going to be promoted to the next class even if he doesn’t study the whole year, will he still study? and here the child in question isn’t a rank holder or an IIT aspirant of a private branded school. Here the child in question is the one whose father is an alcoholic, mother a domestic help and both uneducated. Here the child in question is the one who’s studying probably because the uniform and books in his school, a government school is free because otherwise his parents wouldn’t have been able to afford his education. Though there’s nothing indefinite about the answer still by the time you reach the end of the write up hopefully you’ll be more certain than ever.

We all know the importance of education in life and advocate that education must reach all. But there seems to be a lot of discrepancy in our understanding of the definition of education or a least so it seems when there appears news items such as the one that follows.

In the Indian Express of May 13th this year there appeared a news item stating that 319 out 324 students of a government school in Yamuna Vihar, New Delhi failed the compartment examination. As a reaction, around 500 parents and students protested to the extent that they even hurled stones at the teachers and staff members and vandalized school property. On which, Rajendra Prasad, vice-president of the school management committee told that they had to lock themselves in the principal’s room for the fear of being injured. Windshield of one of the teacher’s car was also damaged by the crowd.

On the other hand, principal of the school Radha Mehra clarified that the result was solely based on the performance of students. To make it even more transparent, students were allowed to examine their corrected copies and more than 20 of such students gave in writing that there wasn’t any error in valuation and that they were satisfied. She further added that it is because of the no-detention policy that no students could be failed up to 8th and that is why the number of failures in class IX suddenly multiplies.

According to a report in the Indian Express of Aug 21, 2015, ‘No student up to Class VIII can be detained or failed. All students up to Class VIII are automatically promoted to the next class.The no-detention policy was implemented as part of the Continuous and Comprehensive Evaluation (CCE) under the right to Education (RTE) Act in 2010 to ensure holistic development of students.’

Similar or worse is the scenario in Faridabad, Haryana. Principal of a government school in a village in Faridabad says, “This no –detention policy is doubly unfavorable. First, it promotes to the next academic session even the students with weak academic base. Second, such students’ self-esteem become very low because they are supposed to know the concepts taught in classes 1-8th but they don’t.”’

Another teacher from a government school in a village in Faridabad says, “We government school teachers have to bear the brunt of this no-detention policy. We are instructed by the government not to fail any student till class VIII and then the same government puts before us a condition that a certain percentage of students must pass in Class X examination, which is a board class. Now the two conditions contradict each other. A student whose basics aren’t clear and yet has been promoted to class IX can’t be expected to make up for previous eight classes in just one class.” 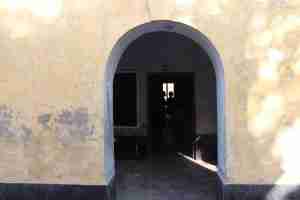 Seeta an illiterate domestic help in the Greater Faridabad area whose children are studying in a government school in the area says, “Before promoting children to the next level schools must first test whether or not a student is capable of being promoted to the next level. I want my daughter and two sons to have the intellect to study and understand things. I won’t be satisfied by merely getting their 8th-pass certificates. What would I do with the certificates when they are not able to study and do well in life? If they fail, they will pay more attention and in an attempt to pass will study. But now they know they are going to pass even without studying so they won’t listen to us and don’t study properly”

Just like Seeta, most students in the government schools of Haryana come from economically and educationally backward classes. Kids from such families neither have a healthy home environment nor any kind of guidance. For such kids no-detention policy is all the more demotivating. The government must redirect its efforts in the direction of education. The aim of RTE is to produce educated citizens and the policies supporting it should also ensure the same rather than only distributing 8th– pass certificates.

What kind of literacy figures are we going to achieve with such policies?  Policy making is not a simple or easy task or process. It takes ministers, bureaucrats and other highly qualified personnel to come with an effective policy of public interest. But when it turns out to be the one like the no-detention policy, which even an illiterate can assess easily, it must be reworked.

Probably for governments, the number of literates or illiterates are merely data – one adds feather in their caps and another becomes a black spot in their achievements. But for stakeholders and parents like Seeta, it is a dream to see their children performing well in school, well in life. They work hard and run all over arranging for resources to educate their children obviously not just to get an 8th-pass certificate.