Home > Parenting > Parenthood and you…. 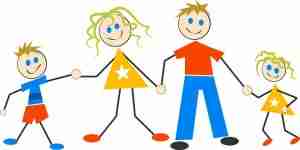 In the movie ‘Shaadi ke side effects’ and many other such movies and real life situations you might have seen child rearing from the perspective of a mother and a father individually.  Many a times a small, simple thing as what clothes should a child wear at a party could get you into a clash with your spouse.

However, if you adjust a bit your glasses with which you look at child rearing, you could actually see there are more reasons to agree with your spouse than to differ.

Child rearing doesn’t surprise you only with your child’s new activities in the development process. It can also surprise you with the new and improved traits that you just discovered in yourself.

How your equation better with your spouse after having a baby?

Parenthood, a road to self-discovery and self-improvement