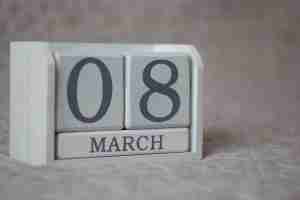 They say rules are made to protect people and provide them safety. But in India, we all know the facts. It may be our perceptions sometimes, but in most cases, the fears are true. We are scared of approaching the authorities. We choose to keep quiet and agree to their whims and fancies because we know we do not have time, money and “connections” to protect us against them. The agencies that are responsible for safeguarding the interests of people indulge in money-making business.

Let me share a short story that many of you may relate to. The story is an attempt to drive across a point that we all must be well-informed of our rights. We are responsible for own safety.

Anila and Chetan worked at the same place. Over a period of time, their relationship transformed from being colleagues to being friends.

The friendship became stronger and as good friends would usually do it, they started talking about almost everything on this planet; they talked about their families, their past, their future, their dreams and aspirations, their professional goals and whatever they could think of. They were comfortable in each other’s company. Sometimes they would go on a drive if they had to discuss something really important or sit in a coffee shop, gossiping over a cup of coffee:)

One such day, they decided to catch-up after the office hours; they had not talked for many days. Both of them were short of time. So they decided to sit in the car and catch up in whatever few minutes they could spare.

It was dark outside; there were few people walking on the road. The street lights were turned on. There were a few cars parked next to their car. Being close to their office premise, it was safe place. Also it was not very late in the evening and there were still people around.

While they were engrossed in their discussions, Chetan’s phone rang. He moved out of the car to take the call. Just then, he saw a police patrolling car that came and stopped in front of him.

Before he could understand anything, two policemen came and started hitting him. Anila was still in the car, unaware of what was happening outside. Suddenly she heard the policemen shouting at Chetan and hitting him.

Without giving him a chance to explain anything, they started clicking some inappropriate pictures forcefully. There were two of them and Cheatn was all alone, with the responsibility to protect his friend and still trying to understand what was happening.

Chetan: Sir, please don’t do this. You need to first tell me what is wrong and what have I done.

Policeman: Let us take pictures of the girl inside your car.

Chetan: I cannot allow that sir. She is a girl from a reputed family and there is nothing wrong in sitting in a car and talking.

This refusal was unacceptable to the policemen.

Policeman: Let us take the pictures else we will file an FIR and then you will realize the cost of what you are doing.

Chetan: Sir, we are doing nothing wrong.

Without waiting another moment, the policeman slapped Chetan.

Policeman: Either allow us to take the pictures or come along with us to police station. We will show these pictures of you and lodge the complaint. Not only this, we will post these pictures on the social media and tell the world that you were caught in an uncompromising position.

Chetan could not believe it! He was shocked to hear what the policeman said. He was worried about the reputation of his friend in the car.

This threat from an agency responsible for law and order both shocked and scared Chetan.

Before he could react, they pushed him into the police van. One of the two policemen came and sat in the driver’s seat of Chetan’s car.

Policeman: Madam, we want to take your pictures.

As you would guess it, she refused being clicked by the policeman. The refusal was again unacceptable to the policeman. How could people not be afraid of the uniform!

He now started threatening Anila in a different manner.

Policeman: See, we can post your friend’s pictures on social media and if we cook stories for your being intimate here, your families would also believe. If you don’t allow me to take your picture, I can still click them.

Left with no option, Anila allowed the policeman to click her pictures.

Policeman: What is your mobile number?

Anila: Why do you need my number? What will you do with that?

The policeman did not reply to her question asked for the number again and started driving the car. Anila was not scared till now. She knew she could win. She had always read it and was taught that if she was right, no one could defeat her.

Anila: Where are you taking me?

There was silence for two minutes.

Policeman (in a stern voice): What is your phone number?

This time she was somewhat scared, not of the situation but because the friend was not there in the car; she was with an unknown man, all alone; and it had become very dark by then. She had no clue where this uniformed man was taking her.

With all kinds of stories about policemen taking undue advantages of women, she gave the phone number on the condition that the two friends would be allowed to go.

Next the policeman asked for her phone. She said she did not know where the phone was kept in the car. Taking advantage of time when the policeman was talking and driving, Anila had hidden the phone in one of car doors.

Anila: You have my number now. Why don’t you dial the number? The phone will ring and you can take it.

He was smarter, or maybe, experienced with such cases.

He responded: I do not dial the numbers from my phone.

Anila: Can I get some water please? Can you please buy a bottle of water from some shop on the roadside?

He gave a deaf ear to her request. So the second attempt also failed.

Before Anila could think of another way or realize anything, the car suddenly stopped on a road where it was dark and there were no people around. The police van came and stopped next to them.

Chetan was looking out of the police car window at his friend. Helplessness had overtaken him.

Another policeman from the police car came and the two had a quick discussion. Anila had the chance to flee from the car as one minute was long enough a time but she decided to stay for her friend, who was still with the police. She did not want desert her friend to fight the situation all alone.

She had faith in herself that if she was not wrong, nothing wrong would happen to her. It was already after 8 p.m.

Anila: Sir, it is getting late in the evening. I want to make a call at home. Can you please give me my phone for a minute?

Policeman: Do you think you are the only smart one? You want me to give you the phone and you can make a call to anyone?

Anila knew the policeman was a bit scared now. But at the same time, she was worried about the family back at home who would be worried if she did not inform them of her being late or if she did not tell them about the situation.

All her requests for the call were falling on deaf ears. Then suddenly, she was told that she could go but her friend would be taken to the police station. Before she could say anything, the car stopped.

The policeman looked at Anila and asked, “If I leave you two friends in this car for a few minutes, will you wait for me to come back or try to flee from here?”

Confused Anila responded “We will wait.” She saw an opportunity to speak to her friend.

Chetan got back to his car. The policemen took the car keys and two mobile phones along so that the friends could not flee.

It was already 8.30 p.m. Anila was worried about her family back at home.

Chetan told Anila: Take an autorikshaw and go home while the policemen are not around.

Anila: I will not leave you alone here and go.

Both were tensed about the families back home. So Chetan started looking for some help. Some students were passing by and Chetan requested them if he could use their mobile phone to make a call at home. They agreed and Anila was able to make the call at home.

While she was still talking, the policemen came back, on a motorcycle this time. They were furious at the call being made.

Policeman to the students: Please take your phone. You are getting involved in something that is not right.

The students were completely lost. They had offered help but they never knew that police was involved. Being students, any sort of interaction with policeman was scary for them.

Anila managed to convey the message that she would be late before the policeman snatched the phone and handed it over to the students.

Chetan was forced to ride the motorcycle to the nearest ATM.

The policeman compelled Chetan to withdraw a hefty amount, which of course they snatched.

Chetan was dropped back to his car, the car keys and the mobile phones were returned. The policemen fled the spot with a threat that if the two friends tried to cheat on the policemen, they would post the pictures on internet. The two friends were helpless.

Most of us can relate to such stories where the agency responsible for maintaining law and order misuses the power to earn a few extra bucks. The story could have been different had the friends been aware of their rights. An important right that every female must know is that she can refuse to accompany a policeman to the police station after 6:00 p.m.

Another mistake Anila and Chetan committed was not fighting the situation with a calm mind. They were overtaken by the fear for their families, which I believe is natural for all of us. In all the drama, they forgot to figure out that there was no real proof of them being defamed as the pictures were clicked separately.

In Indian society, the defamation of a female is a taboo. We do not give a chance to women to provide clarification of the situation and tend to make their lives a living hell, I must say it is true even for some educated people. Of course there are some brave women out there, but sometimes the circumstances and societal pressures crush the courage.

If you feel it can happen to anyone out there, please share your views about how we can avoid such cases in real life and provide real safety to the mankind in general, how we can create a world where we women feel safe.