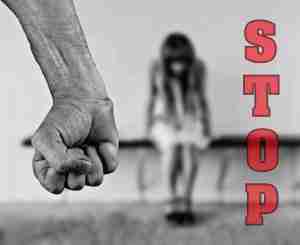 Human being, the greatest creation of God, is very progressive by nature. The biggest of examples of his ‘progression,’ however, could be either found in text books or in crime records. Although all sorts of crimes and their levels have blasted off, but the level of barbarism in case of rape is a different story altogether.When the rape case of Aruna Shanbaug surfaced in 1973 we doubted if there could be anything more beastly and cold-blooded. Then, the Nirbhaya case happens in 2012. And in between many others.

There could be all sorts of mental and social conditions and mental problems responsible for such rotten and cannibalistic acts and yet all stand unfounded. But there’s one thing that was recently reported to have been happening in UP (may be elsewhere too) that if not stopped would keep on raising the level and number of rapes.There was this front page news in the TOI of August 4, 2016 that ‘rape videos are on sale at 50-150 in shops across UP.’ No matter how unbelievable it may sound but this is what the newspaper said to have been happening. From a sad, apathetic, deadpan society we’re turning into a sadistic one.

According to the First Post ‘The government (of India) announced in February 2013 that the conviction rates of rape cases in the year show a downward trend. However, according to the records of the National Crime Records Bureau (NCRB), the number of rape cases being reported in the period of 2009-2011 have increased.’ Going by the statistics of NCRB, every day 93 women are being raped in India. According to NCRB data, there is a gradual increase in the number of rapes reported in India – from 24,923 in 2012 to 33,707 in 2013.

Whereas activists argue that our legal system is slow and therefore takes time to prosecute rape cases, officials say the number of rape cases have increased because of the awareness on the part of the victims, who come forward to lodge complaints. There could be many ways to interpret and collect more data but the fact remains that number of rapes have gone up. Awareness could be one reason for that.

However, the TOI report on the ongoing sale and purchase of rape videos hints that this sin is now on the way of taking the shape of an organised crime. It won’t be wrong to deduce that if this trade booms, the number of rapes will only increase. And if this happens the already tainted roles of police and politicians in India are further going to be doubted as it’s a well-known and well-understood fact that no trade can flourish till the time it has an administrative go-ahead. However, we cannot ignore the societal angle of it. Undoubtedly, this crime needs to be dealt with the help of harshest of punishments and fast track executions. But one more thing that needs to be accentuated is the moral and psychological upliftment of the society.

Inside the mind of a rapist

According to the psychologist Nicholas Groth, the director of Forerisic Mental Health Associates who has seen more than 3,000 sex offenders in 25 years of practice, most of his patients were not sexually deprived at the time they committed rape. Groth categorizes rapists into three motivational types: anger, power and sadism.

According to the curriculum content posted on the Yale-New Haven Teachers Institute, which is an educational partnership between Yale University and the New Haven Public Schools, it’s a myth is that rape is primarily a sexual act. It says that the findings of psychologists and sociologists show that rape is a crime of violence. Sexual desire is less a motivation for the man than violent aggression.

Whereas the theories and studies about rapes and rapists are easily accessible, there aren’t many, so far, explaining the tendency of watching a rape. Despite absence of any such study we can safely say that a rape watcher and a rapist would share the same mental state – sadistic.

Nipping ‘IT’ in the bud

One of the most consistent elements in rape of all kinds is the absence of empathy. Dr. Gene Abel, a professor of psychiatry at Emory University who has studied hundreds of rapists believes that rapists suffer from a type of cognitive distortion that allows them to justify their actions in the face of stark evidence to the contrary.  Attackers persuade themselves that the victim wanted or deserved to be raped.

If not in every case, in many cases these psychological distortions are set in early childhood. The male-child obsessed and male-dominated society of ours need to inculcate a bit of sense and sensitivity in our males. At least to the point where he doesn’t seek redemption of his ego and power in violence and torture.

When we talk of punishments, we are talking of a kind of (yet-to-be-proven) cure but when we talk of moral upliftment we are talking of prevention. And we all know that principally, prevention is better than cure. Immorality and sinfulness create a demand, which is the cause of supply. Unfortunately, this demand (to watch porn) comes from within our society. Those who are watching it and those who are providing such content are very much amongst us. Now suppliers may be questioned, monitored or punished but till the time demand is there supply would be there, openly or stealthily. We cannot put the entire blame on our government and judiciary as we all know blaming is easier than contributing. As individuals, we too have the responsibility of shaping up our kids and in turn the society the way we would like it to be for them.

As much as it’s high time to bring in and exercise rape-related laws with firmness, it’s time to pay extra attention to the upbringing of a male child. His toy box may have a bit less toys but his emotional and psychological strength shouldn’t be any lesser.