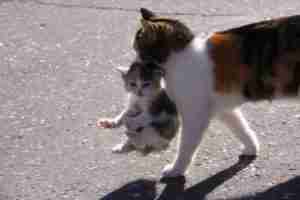 And the movie makes as much sense as my poetry. Why I watched it? Because being a movie buff I had to. It had been long since I watched a movie at a theater. Generally speaking, currently the world is going through a challenging phase in terms of choices. Take for example the significant American elections 2016 (Clinton vs. Trump). So, being a small part of the same world I too had to make a choice, not very significant though, between the two movies, ‘Ae dil hai mushkil’ and ‘Shivay, . Since neither love triangle, nor action is my cup of tea, so the decision I made was based on the availability of better seats in the theater of my choice. And must say the best part of the movie was those veggie nuggets that I got there as refreshment.

I am sure I have said enough about the movie and saying anything further will be dragging the unnecessary for too long, just like the movie did. I’ll refrain from it. But will just list the elements that make this movie unique: quintessential melodrama, over-the-top action, speeding cars, diving Ajay Devgan and flat performances. However, I would have found the movie doing exceedingly well than expected if only its name was ‘Policewala Bhakshak’ ;).

Shivay is a story of a dad who loves her daughter very much and would go to any extent when it comes to her safety. In a normal life setting also this is the case with any parent but the difference here is that Shivay has some special powers, which he exercises when needed. But ironically, this transformation of an ordinary father into a super father makes the movie very ordinary and refrains it from being extraordinary The movie might have been perceived to be a story of extraordinary courage and bravery but turn out to be nothing more than fantasies gone too far and berserk.

Whereas, in real life sometimes we come across some action moments that are brief, ordinary, yet beautiful enough to be called a real example of courage. Such moments motivate us to continue to be a fighter. Here’s one such moment, I have had a day after I saw Shivay and it made me wonder what does an act of bravery require? Weapons, muscle strength, courage, focus, intelligence, resolution, technique, training, special effects, or….it simply needs a mother’s heart. And a mother is a mother across cultures, countries, even species. There’s nothing more awe inspiring when you see something like this happening before your eyes.

.….All the plants in those florid flower pots were pulled out and the soil was lying mussed up on the floor that, otherwise, up until now would look beautiful with those. As much as the scene was messy, the cause of the mess was cute. It all happened because of a cute little kitten.

It wasn’t his naughtiness, though. It was his smell that made the dogs of that street go wild after him. Dogs were five in number. Mama cat, in an attempt to save her little one, had a close shave with the dogs but she somehow managed to hide, along with her kitten, in the deepest spot of one of the flower pot. And this smarts of hers, if not averted the danger, arranged for mama cat’s help.

Mr. Khandelwal, whose balcony was the place of action, came out and after much struggle successfully shooed away the hounds. His daughter, Kirti, went near the pot to take the kitten out and shift it to some safe place. Because, obviously Mr. Khandelwal’s family or anyone else too couldn’t stand guard for the mother-kid duo the whole time.
But mama cat wasn’t in the mood to take any chance. May be because she knows human being isn’t very trustworthy types. So mama cat growled at Kirti and the thus-far-confidant-now-terrified soul stepped back. Mr. Khandelwal and family and all others who had gathered to see the drama after the noises of vociferous barking and meowing went back to their houses yet keeping an eye on the cat from a distance. A few minutes later, after being fully convinced of her kitten’s safety, mama cat picked him up by the scruff of his neck and moved on in search of a safe place.

The real life ordinary but brave heart mama cat managed to impress the onlookers with her courage quite unlike the reel super hero dad Shivay despite all his special powers and special effects.