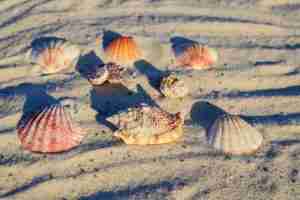 Little Ayaan has found a pebble. Correction. Not an ordinary pebble, a lucky stone. He wants to keep it close to him always, take him wherever he goes and want to avoid all the unnecessary attention around it, lest someone might just try to take it away from him.

When asked, “what’s so special about it, Ayaan? “

“Yester night, something strange, yet beautiful occurred.
I went to a beach. I think its name was Checkred.

I realized I was all alone, but wasn’t in terror.
Probably, the beauty of the place took away my horror.

It was not a beach any regular.
So many colors were sprinkled on the sand bed there. It was spectacular!

My favorite reds and blues,
Stood out amongst all other hues.

The seashells sparkled even from a distance.
Moonlight made the night cooler and added radiance.

Stars were blinking nearer than they usually do.
Some were in clusters and some in queue.

Suddenly, I noticed something.

The bivalves, gastropods and conches formed a straight lane,
Just like a long train.
I followed it.
Wow! Imagine what I got to put in my kit.