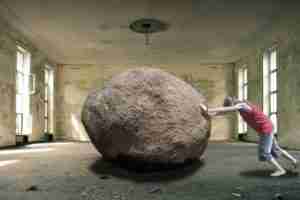 Playing, they say, is a therapy, bliss, fun and most importantly, a stress buster. When did it start being a reason for stress? Allow me to discuss by comparing the story of two teens – one from the past, one from the present.

It was in the late 90s, most likely in 1996, when our school authorities took us, myself and a few more hand-picked students by our badminton coach, for a badminton tournament in Panipat, Haryana. Although, it happened an year more than two decades back, yet a few memories are intact.

I am a non-tea person, haven’t liked its flavour ever. But that one time in Panipat in a government hostel, where we were stayed, when I was served tea along with other eatables in breakfast, I loved it. Possibly, because it wasn’t about the taste or the flavour then. It was about experiencing a sweet, warm beverage on a mild winter morning with school friends and teachers outstation. It was divine! So was the journey to and fro in a Maruti Omni packed as a herd alongside chums.

What I least remember about the entire trip was the tension or the stress I felt on the court playing against my opponent. Of course, there was nervousness and cold feet and butterflies in the stomach, but they all vanished once off the court. I did manage to secure the state-level trophy for my alma mater in the category of girls singles, which made the trip a jewel from my past! Age tier must be under 14 or 15, something like that. Since it was the coach’s and sports department’s area to look into so don’t remember its details. It is a dear memory till date. Touched me a lot, taught me a lot. What sportsmanship is, understood and experienced there for the first time.

I play badminton in my street with my young playmates, who aren’t really my peers. One of my favourites is Ujjwal, all of 14. I play after a long hiatus calculating from the 90s. However, I had never really abandoned playing badminton and have always had somehow managed to play on and off with neighbours/friends/colleagues. And by ‘on and off’ I mean sometimes after 5 years of gap, sometimes after 4 years of gap and so on.

I am asserting this ‘gap’ for another reason also. For it isn’t about how better, worse or at par I am with this new generation in playing the game in question but it is about how similar or dissimilar in their approaches were the teens of 90s to their contemporary counterparts.

Me: ‘Ujjwal, so which one do you play better, badminton or tennis?’

(Yeah, he plays tennis as well. One of the reasons for his powerful smashes.)

Ujjwal: “I am the best badminton player and worst tennis player amongst others in my school. But I have been to the Davis Cup tournament. It was an international event. I scored 109th position. I was the only one from the North India who scored a position. Every other winner was from the South. People down South are real good at Tennis…”

Ujjwal: “What fun, di! There was a great deal of stress instead….you know Rodger Federer was there as the special judge. I felt like taking his autograph or clicking a selfie with him but didn’t, you know why? Because I am sure, someday he would love to click a selfie with me…”

I was floored by his confidence and ambition despite having realised that going by the new levels I was totally non-competitive back then and even now, for that matter. Also thought how in the present times the dog-eat-dog rule prevails. Having clarity and aspiration in life is always welcome but stress to succeed and to excel? Really!! Doesn’t sound that cool.

Teens these days are busier worrying about making a mark rather than enjoying or observing. And why shouldn’t they when today this new fabric of ‘stress’ has been woven fast into our lives and minds by the socio-economic environment. Thanks to our ever-soaring expectations, stress now flows in the blood and transmitted through genes.

Our monstrous lust for achievements


We blame our education system, private schools, and political unwillingness for all the unhealthy happenings around. Whereas, we forget that we prompt our children to be fierce, competitive, edgy, topper, winner, fighter and what not by encouraging them to win every single time in every single task they pursue. We make ourselves party to the system when we take its bait and get trapped in the vicious circle of achievements.

Not just games, every area today is affected by ambitions and more ambitions. Like the other day one of my friends was whining about how his son didn’t score 25/25 in all subjects and instead score a 24 or a 22 in one or two. I mean c’mon expecting children to score full marks always! Are we serious? What do we want people to turn into, robots or aliens?? And then we complain our society lacks sentiments and compassion. Why wouldn’t it? Because machines have no emotions.

This series of achievements might just look good to flaunt around but its dazzle is turning us blind and impairing our ability and appetite to have fun.

And guess if fun doesn’t come naturally to children and they have to work their way up to it, it’s an alarm we must wake up to.