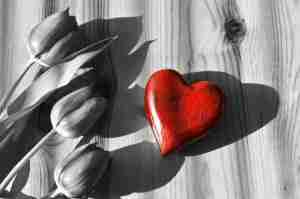 Reena and Sudeep both had joined VDS International Pvt. Ltd. in Gurgaon at the same time. They were amongst that set of 6 people who were given training together. Other four were Kiara, John, Tina and Neel. All six of them became friends and confidants. But Reena and Sudeep had a special attraction towards each other right from the day one of training. And after 2 years of working in the same company and sharing adjacent workstations, their love affair culminated in marriage – love marriage.

Their marriage was smooth and unopposed. Reena is from Gurgaon itself but Sudeep is from Patna, Bihar. Post marriage, they bought their own two-bedroom flat near their office. Living nuclear in a flat in the cosmopolitan kept them away from all that post-marriage adjustment issues.

They were stable in their jobs and never thought of switching to somewhere else as their other four batch mates. That was because they being the best performers of the process got consistent promotions. Whereas, some of their colleagues would complement them, some of the colleagues were jealous of their absolutely problem-free life. However, Reena and Sudeep somewhere missed the natural thrill and adventure that there ‘perfect’ life lacked. So they would add a lot of artificial adventure to it.

They completely dedicated their weekdays to work by working around 12-14 a day. Their weekends were for parties and fun. They lived the phrase ‘work hard, party harder.’  They would go to pubs, discs, late-night long drives, concerts, foreign and domestic trips. If any weekend they did not have any of these plans, they would call up their friends and all of them would party at their place.

Their seventh wedding anniversary was nearing. Reena and Sudeep, both challenged each other to think something out-of-the-box. In the past six years they had already tried the most romantic of destinations, dates and surprises – Paris, Agra, private beach resorts, candle-light dinners and what not. So this time they rather decided to keep their anniversary plan impromptu.

They decided that at the eve of their wedding anniversary they would discuss with each other their respective ideas and execute the one that was better. Reena searched the Internet also but it didn’t prove to be of much help. They had already tried most of the options. And you know it happens. We human beings get tired of things too easily. At first, we want things to be lavish and perfect but soon we get bored of it as well and we miss that rawness. So Reena and Sudeep decided that they’ll go with the flow.

Luckily, their anniversary fell on a Saturday. So on Friday evening when they came back from the office, the first thing they did was to discuss their anniversary plans over a coffee. Before, Sudeep could say anything, Reena said, “I give up. You decide. Suddenly, I am feeling all exhausted and restless. This week has been very hectic. I want my anniversary weekend to be refreshing and romantic yet restful and memorable. To which Sudeep replied, ‘Alright then, it’ll be as you want. But don’t ask me about the plan right away.” Reena agreed.

They had dinner and slept. Next morning when Reena got up. It was 9:30, two hours later than her weekday rising time. She was already feeling fresh. Just then, Sudeep brought in a tray having a nice coffee in her favorite coffee mug, a Rose bud and a cake. They hugged each other, wished each other Happy Anniversary and cut the cake. After a couple of minutes Reena asked, ‘So what’s the plan.’ Sudeep said, ‘Plan is no plan.’ Reena was perplexed and said, “What do you mean?” Sudeep said, “I’ve given the maid a day off and have told our friends and neighbours that we would be leaving for Agra at midnight….’ Reena couldn’t wait for him to complete and intervened, “But why? Sudeep smiled and answered, “So that we don’t have any visitors. I’ve switched off our phones and have taken off the wall clocks. This time I thought of gifting each other our precious time and care. Whenever we go out on some trip, we are busy running around tourist attractions and scenic beauty. When we go out for dinners or parties, we give in ourselves to our surroundings and we hardly have time privately for each other. The clock hands control our moments and movements. So this time around, I wanted that we just sit back detached from the world outside and be heedless of the time. It’ll be just you and me and nobody else and nothing else to do. We’ll cook together, wash dishes together, eat together and be together….. ” Reena’s heart melt. She could not have asked for more. It was their best anniversary celebration in seven years. They had created moments to cherish for life.