Home > Zindagi Live > Why did you do it, Sushant? 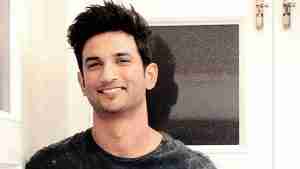 The news of Sushant Singh Rajput’s suicide has left lakhs staggered and heartbroken. As of now, the reason is unknown. And somehow, the system repulses even the remotest association of self-destructive emotions like depression and hopelessness with such a talented, promising and successful actor who happened to be a bright and charming young man.

Some blogs mention that there has been news of actors committing suicide due to lack of work during lockdown. But I don’t think lockdown can be a valid, singular reason for the talented and educated to take their lives. For if it was, it would have still made sense for the uneducated, jobless, hungry and thirsty daily wagers who are enroute their hometowns covering hundreds of miles on their feet. Ironically, the lack of resources further made the poor things ‘atmanirbhar’ in its most savage sense.

And if this suicide or any suicide is about distrust in hope or in future, it would be inspiring to note that these walkers mentioned above attached distrust with the administration and the government, not with themselves. If hope couldn’t elude these brave hearts, how could it elude someone like Sushant Singh who himself portrayed roles personifying perseverance and endurance? No wonder he always floored everyone with his acting skills!

Or does it have nothing to do with a specific person for the ruthless glamour industry throws upon exclusive hardship? Or is it that reaching a certain height in a career devoids one’s emotional atmosphere with oxygen-like essential ability to deal with lows, blows and losses?

Whatever be it! The investigation may bring out the truth, but what could not be brought back is a person who hundreds of people would look up to as their role model for he was amongst those who made it big on his own in a highly competitive and volatile industry. RIP Sushant Singh! Wish nobody had to use these three letters against your name so early on.